Ash Barty among NAIDOC award winners - Retired tennis player Ash Barty has been named person of the year at the 2022 NAIDOC Awards.
Kyrgios beats Tsitsipas at Wimbledon - Nick Kyrgios's Wimbledon prospects have soared after the enigmatic talent overcame an injury scare and an all-too-familiar running battle with officia ...
Australia's special day at Wimbledon - Nick Kyrgios and Alex de Minaur are locked on a quarter-final collision course after four Australians advanced to the second week of Wimbledon for the ...
Rain ramps up Sydney flood evacuations - Residents in southwest Sydney have been told to evacuate as heavy rain pounding the NSW east coast triggers multiple flood warnings.
Australia nears 10,000 COVID-19 deaths - Australia is on the precipice of the grim milestone of 10,000 COVID-19 related deaths, with more than 7000 fatal cases reported in the last six months ...
Money stolen after alleged assault - Two people have been allegedly assaulted overnight at North Ward.   Shortly after 8pm on Friday two occupants of a Cook Street unit opened the doo ...
Australia embrace Asian spinning wickets - Australia's willingness to embrace Asian conditions and their readiness to think outside the box for solutions lies behind their turnaround on the sub ...
Albanese 'not responsible' for subs deal - French President Emmanuel Macron doesn't want an apology from Prime Minister Anthony Albanese over the handling of the submarine debacle, because he & ...
Queensland mulls affirmative consent laws - A major review has called for Queensland to adopt affirmative consent laws to better deliver justice to victims and survivors of sexual assault.
Locals encouraged to quit grog for a month and raise funds for cancer services - Townsville residents are being encouraged to give up alcohol for a month and help raise money for people affected by cancer. With risky consumption ... 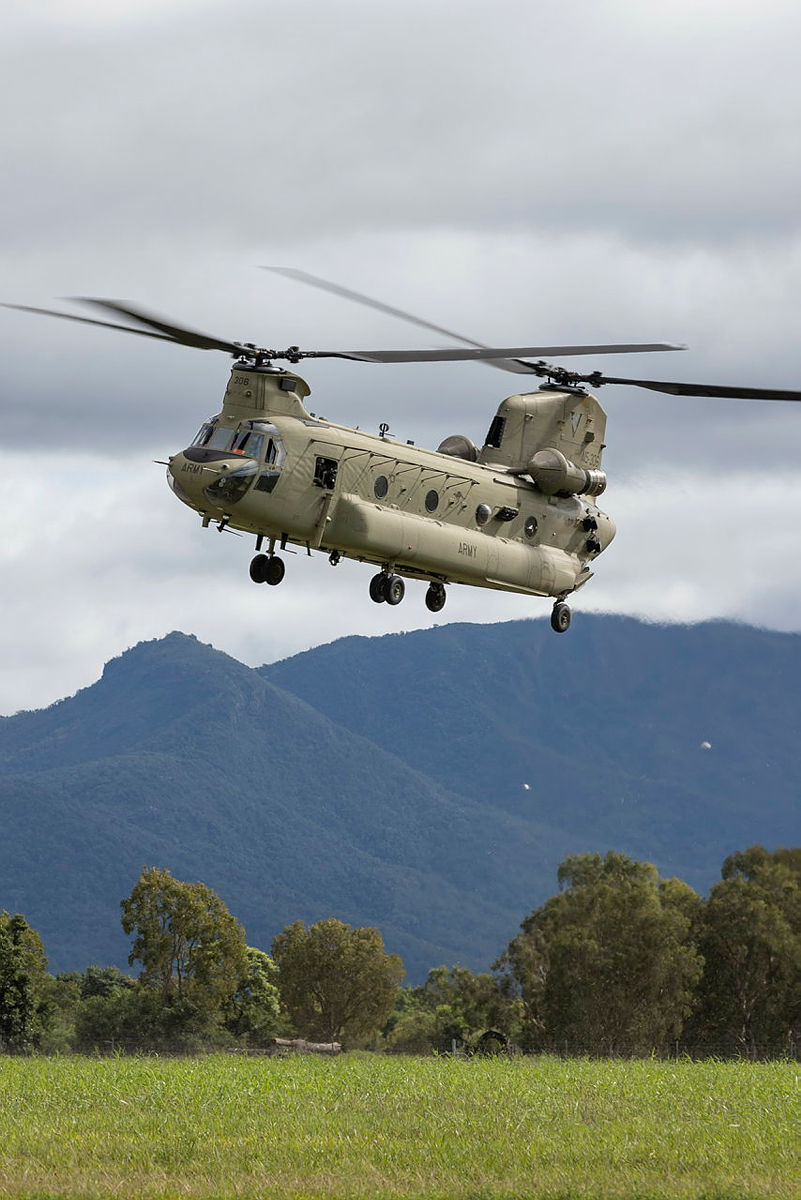 Two additional Chinook helicopters will arrive at RAAF Base Townsville today after an expedited sale from the United States Government.

“The Australian Government is demonstrating its commitment to bolstering Defence’s ability to prepare our ADF to be future ready,” Minister Conroy says.

“The Chinook is Defence’s largest helicopter, which has been instrumental in recent missions including Operation Bushfire Assist in 2019-20, Operation Tonga Assist in 2022 and Operation Queensland/New South Wales Flood Assist in 2022.

“We thank our United States counterparts, including the United States Army, for their support in this rapid acquisition,” Minister Conroy says.

Australia’s defence industry will continue to play a key role in supporting the increased Chinook fleet, with an additional $69.5 million investment into the nation’s economy over the next 20 years.